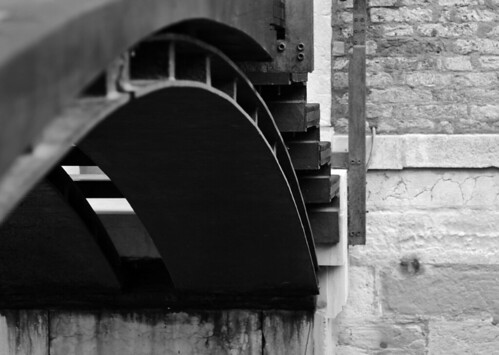 ruskin poetically named the ground floor of venetian palazzi the sea story. it is exceptional in architectural history for having its formal entrance towards the water for arrival by boat, but has in general suffered from flooding, the loss of venetian culture and inevitable changes in traffic. in the fondazione querini stampalia, a renaissance palazzo left by will to the city as a museum and public library, the sea story was used mostly for storage, and its entrance faced a narrow alley, barely acknowledging its former greatness or its current civic importance.

when one of scarpa’s students became director of the fondazione, he called upon his old professor to clear things up. what scarpa did has been uniformly lauded as one of the finest examples of modern restoration, yet by 2013 the very elements we celebrate could as easily be described as failures.

the floodings and the lack of boats were answered by scarpa by inviting water itself into the building. at high tide, the sea enters through the gate, and we, the visitors, traverse the building on raised, concrete walkways. the relationship of venice to the water, this strangest of ecosystems and cultures, was never captured more intensely than here.

with the main entrance reserved for the sea and the old door to the alley out of the question, scarpa made the incredible decision to enter the building through a window – like a thief. as is true for criminals breaking in, when you enter without using the door, you leave the question of what is going to happen inside wide open.

scarpa used this freedom to be unapologetically modern in spite of and in contrast to the historical context which created the layered clarity, the building is now famous for. but it could as well be argued that it fits the fondazione itself which is open late and at odd hours, and works as an alternative to more conventional institutions.

like the partisan monument we looked at earlier, in which the onlookers are placed on pedestals, passively looking down on the statue of a murdered and tortured woman, the idea of entering through a window should be seen as another of scarpa’s great reversals – a reversal of function and expectation, closer perhaps to the uncertainties of modern literature than to architecture. I have at least one more of these to show you.

most importantly, scarpa had demonstrated, right in the heart of the city, that ruskin was wrong when he concluded that restoration invariably killed the building it was aiming to rescue. here was a new path, of its own time but with an attitude to history and place that was both knowing, respectful to a degree and endlessly playful. ‘the rate at which venice is going is about that of a lump of sugar in hot tea’, the very english ruskin once wrote. well, not if scarpa could help it.

my photo shows the light-weight bridge he leant against the window of entry. legend has it that the aging le corbusier, sailing under it, shouted who is this great artist?

so far, so triumphant. now, where was the failure?

and it is a small complaint, I know, that a student handing his old professor a commission is illegal by current EU law if there is as much as a cent of public money involved. regardless of any claims to genius, scarpa would have had to win his jobs in some form of competition or tender had he been alive today. we would never even have heard his name, as anyone who has studied his method or indeed his competition entries will testify.

it also isn’t hard to understand why scarpa’s idea of letting salt water into your client’s house – however controlled – never became the model for restoring the many troubled sea stories of venice. it was a happy one-off and one which we will never see repeated. that he was even able to propose it may help us understand why he lost so many jobs. did you know scarpa worked on the ca’ d’oro, the finest of all gothic palaces in venice, and was kicked out?

finally, I urge you to look at the new, third stage of the querini stampalia restoration, recently completed by mario botta. his spaces are entirely divorced from their wet surroundings, and their perfectly controlled climate could as well have us in dubai as in venice. I hurried through them with a feeling of mild claustrophobia, and wondered at how far we have come since scarpa’s intimate treatise on context, culture, climate and history.

botta’s work includes a new way in, leaving the bridge to the window as a mere appendage, an empty gesture unless you know the background. in painful irony, you enter through a gift shop, predictably loaded with scarpa books for the fans.

this photo was uploaded with a CC license and may be used free of charge and in any way you see fit.
if possible, please name photographer "SEIER+SEIER".
if not, don’t.

do not copy texts, tags and comments. 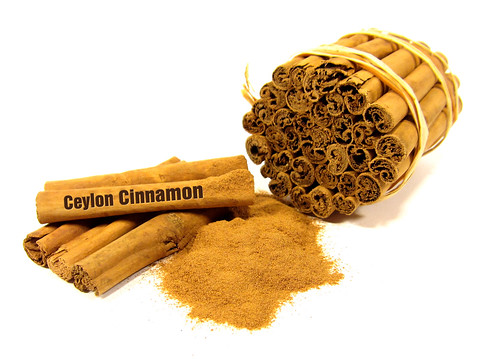 Soft and brittle makes it ideal for grinding into fresh powder used for desserts. Low coumarin Ceylon is much better than the common Cassia Cinnamon. The perfect Cinnamon for making mulled wine. Put a stick in your fine teas. Known as a powerful anti-oxidant. Commonly used by diabetics for blood sugar control. Also used for weight loss and belly fat reduction.