Check out these lose weight at home images: 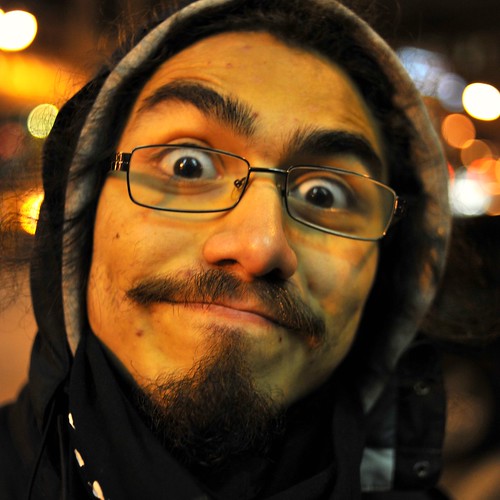 Can you feel it?

What a crazy ass week wasn’t it?

I’m startin’ to think that they’re all crazy.

They’ll leave you kinda lookin’ like this guy if you let ’em.

He was walking down Milwaukee Avenue carrying a trombone case.

In my experience guys walking down the street carrying trombone cases at midnight are either crazy trombone players or they’re drug dealers carrying a trombone case filled with marijuana.

I used to smoke pot in college.

I think the last time I bought it I bought it from a guy carrying a trombone case down the street.

I was on my way to Bangkok and the plane hadda stop in the islands to get some gas and I decided I’d get off and explore for a couple of days.

Catch the next one.

You could do that in those days because people were cool.

They didn’t fly airplanes into buildings or butt search you when you flew anywhere domestically like they do now.

I rented some crap ass Suzuki Samuri tin foil jeep like thing for twenty nine bucks a day and slept in that piece of junk all over that island.

Kept getting kicked off of pineapple plantations by security guards in the middle of the night after the cops threatened to throw my ass in jail for sleepin’ on the beach.

Honolulu was really kind of boring if you’re not with a hot chick on your honeymoon and I’d heard about this legendary weed called ‘Maui Wowwie’ and figured maybe I could score some there.

Maui wasn’t too far away I thought.

I’m glad I did good in geography class.

I hit all the bad neighborhoods and people tried to sell me every other vice in the world but nobody had any of the sensimilian rasta love herbs I was lookin’ for.

I’d pretty much given up on the whole idea and instead I chartered a boat and went marlin fishing for the day and enjoyed me some of the big blue ocean and since I didn’t catch a marlin I decided to hit some fish joint on the beach where you could grill up your own marlin steak.

It was an epic dinner and when I was walkin’ back to that crap ass Suzuki Samuri I see this guy in a tie dyed Grateful Dead shirt carrying a trombone case walkin’ down the street with a smile on his face and lookin’ like he didn’t have a care in the world.

If you know anything about anything you know THAT guy’s carryin’.

So as I walked by him I whispered ‘weed?’

The guy stopped in his tracks and turned around and said ‘buyin’ or sellin’?’

You know… just in case he was Hawaii 5-0 undercover or somethin’.

Under the barbaric laws of the time they still put people in prison for havin’ that.

Oh wait… they still do.

We walked into an alley next to the Honolulu Hilton and he opened that trombone case and holy smokes the thing was filled to capacity with the illegal green budness.

All neatly organized in rows according to weight and grade.

The guy was a professional.

Smelled like the Hienecken factory or a skunk farm right when he opened it I swear.

He was a full service pot dealer… probably specializing in the tourist market and he even had packages of rolling papers for the convenience of his customers.

‘I do a lot of business with the japanese’ he said ‘they’re my biggest customers.’

I picked up a bag of his produce after he extolled it’s virtues, promising me ‘you ain’t never smoked weed this good.’

We sat on the Hilton’s air conditioning unit there in the alley and he insisted on twisting up a fatty with me and we smoked it right there.

Good gahd he was right.

I had never smoked weed like that before and I never have since.

That stuff made me ‘see’ music.

I fell right on my ass off the air conditioning unit and he packed up his trombone case and headed off into the sultry Honolulu night looking for more business.

I found my shitball Suzuki Samuri and headed to the north part of the island where he said the waves were supposed to be killer in the morning.

No one was on the roads and I drove real slow… waiting for stop signs to turn green and everything.

I kept my eyes open for a twenty four hour burrito shack.

It had turned into a beautiful night and the stars were incredible to sleep under.

I slept behind some strip mall and woke up feeling like shit.

A day on the beach cured me of all of that and with that little bag of the ganja I made a whole bunch of new friends.

People could smell that stuff from a mile away.

Everyone was happy and the livin’ was good…

but I hadda catch a 747 to Bangkok late that afternoon and I headed back to the airport in the flimsy little Suzuki Samuri I’d been calling home.

I flicked the last half of my last happy cigarette carelessly into the breeze and said goodbye to Hawaii and that frickin’ Suzuki Samuri with a smile and some really red eyes.

And a terrible hankering for a bag of Doritos.

You know that joint I flipped outta the car on the way to the airport?

It never left the car.

It landed in my camera bag and melted itself to the top of it on the inside of the flap where you open and close it.

Where it remained while I went through customs in two countries.

I got a little extra scrutiny when I landed in Tokyo after spendin’ some time in Bankgok.

Dogs were sniffin’ all my stuff and everything.

But they never found that half a joint in my camera bag.

I found it six months later.

Me and a buddy finished it off and reminisced about the United States and then walked around the streets of Osaka feelin’ really good and havin’ a new appreciation for japanese letters in neon.

He coulda just been walkin’ back from a trombone gig or something.

But he looked like he was really feelin’ the love if you know what I mean.

He sure reminded me of my buddy ‘Budman’ in Honolulu.

One that doesn’t bug your eyes out like that.

I hope you got some cush plans for the weekend and you’re feelin’ like a million bucks ’cause you survived that crazy freakin’ week without too much collateral damage to your soul.

We made it to Friday.

The rest of the week can kiss my ass.

I’m feelin’ the love you know.

I hope you have the best weekend. 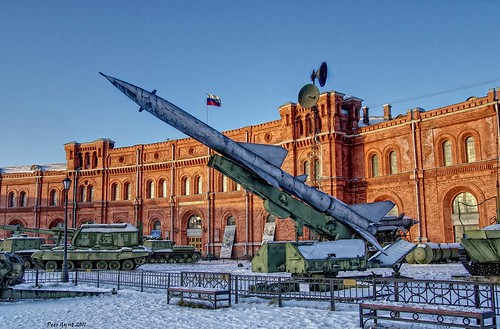 V-750V 1D missile on a launcher
TypeSurface-to-air missile
Place of origin Soviet Union
Production history
VariantsV-750, V-750V, V-750VK, V-750VN, V-750M, V-750SM, V-750AK
Specifications (V-750[9])
Weight2,300 kg (5,100 lb)
Length10,600 mm (420 in)
Diameter700 mm (28 in)
WarheadFrag-HE
Warhead weight200 kg (440 lb)
Detonation
mechanismCommand
PropellantSolid-fuel booster and a storable liquid-fuel upper stage
Operational
range45 km (28 mi)
Flight altitude20,000 m (66,000 ft)
Boost time5 s boost, then 20 s sustain
SpeedMach 3.5
Guidance
systemRadio control guidance
Accuracy65 m
Launch
platformSingle rail, ground mounted (not mobile)
The V-750 is a two-stage missile consisting of a solid-fuel booster and a storable liquid-fuel upper stage, which burns red fuming nitric acid as the oxidizer and kerosene as the fuel. The booster fires for about 4–5 seconds and the main engine for about 22 seconds, by which time the missile is traveling at about Mach 3. The booster mounts four large, cropped-delta wing fins that have small control surfaces in their trailing edges to control roll. The upper stage has smaller cropped-deltas near the middle of the airframe, with a smaller set of control surfaces at the extreme rear and (in most models) much smaller fins on the nose.
The missiles are guided using radio control signals (sent on one of three channels) from the guidance computers at the site. The earlier S-75 models received their commands via two sets of four small antennas in front of the forward fins, while the D model and later models used four much larger strip antennas running between the forward and middle fins. The guidance system at an S-75 site can handle only one target at a time, but it can direct three missiles against it. Additional missiles could be fired against the same target after one or more missiles of the first salvo had completed their run, freeing the radio channel.
The missile typically mounts a 195 kg (430 lb) fragmentation warhead, with proximity, contact, and command fusing. The warhead has a lethal radius of about 65 m (213 ft) at lower altitudes, but at higher altitudes the thinner atmosphere allows for a wider radius of up to 250 m (820 ft). The missile itself is accurate to about 75 m (246 ft), which explains why two were typically fired in a salvo. One version, the SA-2E, mounted a 295 kg (650 lb) nuclear warhead of an estimated 15 Kiloton yield or a conventional warhead of similar weight.
Typical range for the missile is about 45 km (28 mi), with a maximum altitude around 20,000 m (66,000 ft). The radar and guidance system imposed a fairly long short-range cutoff of about 500 to 1,000 m (1,600 to 3,300 ft), making them fairly safe for engagements at low level.